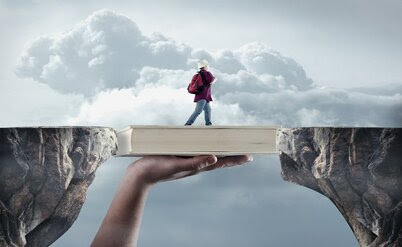 New Story Collaboration Website That Aims to Ignite a Child’s Creativity.
LONDON, UK, May 12th, 2020 – A new website that offers children the potential to become one of the authors of a story launched today.

The first two pages of the story are already there on the website for children to read, but it is up to them to decide what happens next. Following the guidelines given, children are invited to create and submit their version of what should happen on the next page. The best submission will be chosen and become part of the story.

Over time pages created by children will be added to the story until it is complete.  The children who wrote the successful submissions will be named as the author of their page on the website and printed copies of the story will be produced naming them too.

The project aims to encourage reading and writing among children and to help them to express their creativity and imagination through submitting their own version of what should happen next.

Paul, the Creative Director of Beyond Theatre the company responsible for the initiative said: “Reading and writing is so important for children; for their education and for their future. We really hope that this idea will make children feel more engaged and involved with the story and the whole creative process.”

“It is so important that we, as a society, do everything we can to encourage our children to develop a love of reading and writing,” added Paul.

“By putting children in the driving seat and allowing them to decide where the story goes next, we hope that more children will engage with our books and explore the wonderful world of storytelling.”

Paul’s team are more usually to be found creating exciting immersive musical theatre productions, where even the venue, food, and drinks are part of the show. But in the current situation, where coronavirus makes live theatre something we can only dream of, Paul found himself with time on his hands and a need to create something new.

“We’ve been creating these wonderful immersive theatre productions with our company Beyond Theatre for a few years now and they’ve been very successful. We thought that if you can go beyond theatre, why not go beyond a book and so the idea of our online collaborative storytelling website was born.

“I believe this is the perfect time to launch this project,” said Paul. “People are spending more time at home with their children and are looking for things to do with them. At the same time, this is an online activity, which appeals to the younger generation, but it is more educational than playing computer games, which appeals to parents and teachers.

“The impact of coronavirus was a huge shock to everyone and for companies in the entertainment sector, like Beyond Theatre, it is a nightmare some will be unable to wake up from. However, it is also providing us the opportunity to launch a new concept that we love and we are extremely proud of; and we hope it is one that children everywhere will also love and have fun with.”

To find out more, visit www.youaddapage.com

A recount is a way of telling others about an even that has happened. For example let's say there was a man fishing when an alien space ship arrived, if he was to write to his friends about this experience then we would say he is recounting what has happened to him. He would describe what happened to him in the past tense and it would be in the first person. Here's an example:

Last Saturday I was feeling bored in my house so I decided to bake a cake. I had to go to the shops first, to buy the ingredients. I was lucky when I arrived at the supermarket as it wasn't too busy. I bought my ingredients and I returned home. When I got home, I went straight to the kitchen and turned on the oven to get it to the correct temperature. Next, I mixed all my dry ingredients in one bowl and my wet ingredients in another bowl. After that, I poured the wet ingredients into the dry ingredients and mixed them all together. I poured the mixture into a baking tin and put it in the oven to cook for an hour. While I was waiting, I mixed up some cream frosting. When the cake was cooked, I took it out of the oven and let it cool on a cooling tray. When it was cool enough, I took it out of the baking tray and covered it in the frosting. When I had a taste of it, it was delicious! Now watch this video to take a closer look at the techniques used to write a recount.

How to write a compelling recount:

I used detailed maps to plan my flight.

I had trained for years!

My stomach turned continuously as I took off. I was incredibly nervous!

I put blood, sweat and tears into planning my flight to ensure it was successful. Write a recount of your amazing journey.

Remember to include some of the key features of a recount.

In your concluding paragraph, try to:

For example, 'As I look towards my future, I’d love to fly around the whole world! Would you like to learn how to fly?'

Michelangelo Buonarotti was born in Caprese, Italy on March 6, 1475. He was still young when his family moved to Florence where Michelangelo grew up. His mother died when he was only six years old.Growing up in Florence during the Italian Renaissance was the perfect environment for young Michelangelo. Even as a child all he wanted to do was paint and be an artist. His father, a local government official, wanted Michelangelo to go to school, but he had little interest in school. At the age of thirteen he was apprenticed to Domenico Ghirlandaio, a painter and artist.

The Pieta
In 1496 Michelangelo moved to Rome. A year later he received a commission to make a sculpture called the Pieta. It would become one of the masterpieces of Renaissance art. The sculpture shows Jesus after he was crucified lying on the lap of his mother Mary. Today this sculpture sits in St. Peter's Basilica in the Vatican. It is the only piece of art that Michelangelo signed. Statue of David
Michelangelo's fame as a great artist began to grow. He returned to Florence and received another commission to create a large statue of David. It took him a couple of years to finish the giant statue. The piece of marble he began with was very tall and thin. Many people didn't think he could do much with it. He worked in secrecy, not letting anyone see it until it was finished. David became Michelangelo's most famous work of art. It is thirteen feet tall and was the largest statue made since Ancient Rome. It is considered by many experts in art to be a near perfect sculpture. Today the statue resides at the Academy of Fine Arts in Florence, Italy.

The Sistine Chapel
In 1505 Michelangelo returned to Rome. He was commissioned by the Pope in 1508 to paint the ceiling of the Sistine Chapel. Michelangelo considered himself to be a sculptor, but agreed to paint the Sistine Chapel for the Pope. He worked for four years, painting upside down on a scaffold in order to finish the painting. The painting was huge (141 feet long by 43 feet wide). It contained nine scenes from the Bible down its center and over 300 people. This piece of work took Michaelangelo 4 years to complete! And in all that time he spent lying on his back on scaffolding in the chapel as he created this amazing piece of work! What I would like you to do, if possible, is to get a piece of paper and stick it to the underside of a table or a desk that you have where you live. I'd like you to lie on your backs and draw me a picture, just as Michaelangelo did. It can be of anything you like! What I would like though is for you to tell me how easy or difficult it was. Did you encounter any problems while doing it? Can you imagine what it would have been like if you had to use paint?